In 1916, the resort ceased functioning. That second hotel burned down in 1920. The property remained in the Jordan Family for many decades. The photographs below are the tombstones of the Jordans buried in Winchester, VA and were provided by a member of the Jordan Family.

From 1916-1942 several owners tried in vain to reopen it after 1916, when finally in 1942, W.H.M. Stover of Washington purchased the property, and in 1949 made repairs on it. From 1949-1950, the hotel began to regain some popularity even though operated on a limited basis. Many people in the Valley patronized its camping grounds, picnic facilities, baseball diamonds, and swimming pool.

In 1951, the Franklin Foundation of Philadelphia chose Jordan Springs as the site for its school to train imported Iron Curtain students to fight against Communism in their respective countries. The Franklin Foundation leased the property from Mr. Stover, but after 18 months of operation, they closed the school because they could not get students from behind the Iron Curtain. 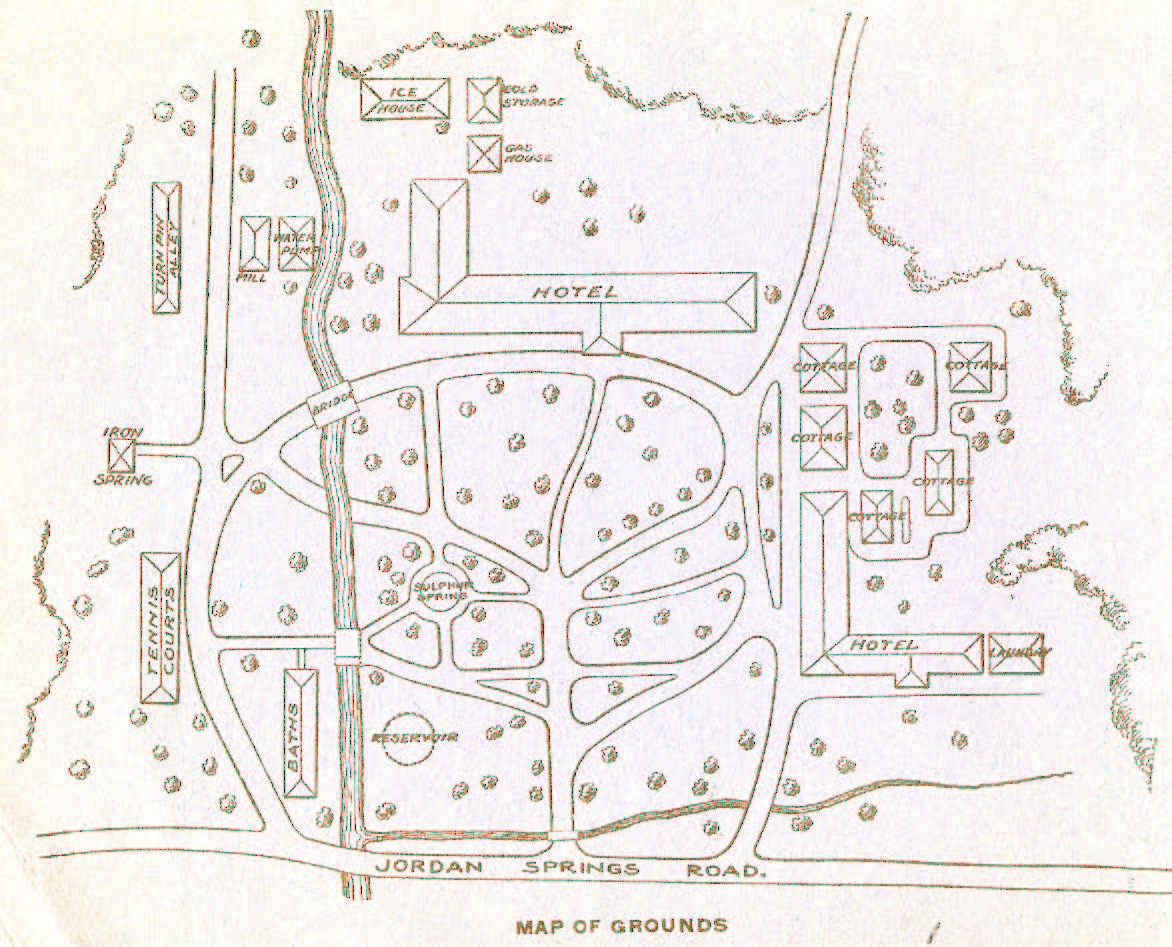