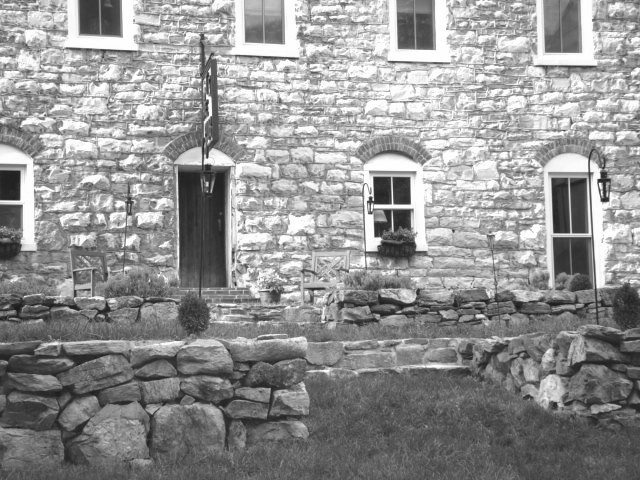 The Jordan Family Resort Hotels were the Most Celebrated Resort of the East between 1832 and sometime in 1930s.

The property was purchased by Branch M. Jordan and since its inception, three hotels have stood on the estate and remained in the Jordan family until the Hotel closed sometime in the 1930s. The first stone structure was built as a hotel – the original White Sulphur Resort, by the owner Branch M. Jordan, with the bathhouse, in addition to the several cottages and was completed in 1832 by Branch M. Jordan.

The first hotel White Sulfur Springs Resort Hotel of hand-cut limestone is still in use today, and houses Pub 1832 on the ground level. This space was used as a surgery room during the Civil War. Also at grade is the Carriage House used for various events. The large commercial kitchen on the first floor services all of the estate events. The second floor is dedicated for administrative offices.

The Carriage House on the ground floor at the time was an enclosed courtyard where guests stored their carriages during their stay. When the third hotel was built, Carriage House was used as a part of its foundation.

The foundations of other outbuildings can still be seen today on the south lawn.